Some people refer to Boho-Chic and Bohemian and as a fashionable clothing look. Other’s identify Bohemian and Boho as a decor theme. For many years the term Bohemian has been connected with bands of gypsies from Bohemia, that lived artful, hippie lifestyles. I’ve heard people say, “That’s so Bohemian.” And let’s not forget the popular rock song, “Bohemian Rhapsody.”

I personally love the “Boho” clothing style. I’ve even considered starting an online store that includes the “Boho” look.

But what does Bohemian really mean?

For me, Bohemian refers to my heritage, and part of my family’s culture and history. As a child, I never saw a connection between Bohemians and gypsies. The only mention I ever heard regarding gypsies was when my grandmother would tease me that she was going to sell me to the gypsies. I’m guessing my grandmother had heard the reference between gypsies and Bohemians when she was growing up.

I grew up influenced by the Bohemian culture…

You see, I’m 2nd generation, born in the U.S.A. on my mother’s, mother’s side. My grandmother was born in Prague in 1906, which was the capital of old Bohemia at the time, located in what was formally Czechoslovakia. Bohemia dissolved into Czechoslovakia around 1918. My great grandmother and great grandfather moved from Czechoslovakia to the U.S.A. via Ellis Island with my (infant) grandmother in 1907. They settled in a Czech community outside the Chicago area.

Dressed in Their National Costumes

The above photos are my Great Grandmother and Great Grandfather wearing their traditional, national costume. National costumes varied based on the region you came from. Variations were seen in the style of clothes, accessories, embroidery patterns, colors, beads, lace, etc. Note the detailed embroidery on my great grandfather’s shirt.

The Food We Ate

My great grandmother was holding a 1942 Lidice flag. I wondered why she was holding it, so I did an internet search on the name Lidice. I found the following info: “Lidice was a small town in the former Czechoslovakia located about 12 miles from Prague. German forces destroyed the town and murdered or deported its inhabitants in retaliation for the assassination in 1942 of Reinhard Heydrich, a prominent Nazi official.” You can read more about this tragic story on the Holocaust Encyclopedia: https://encyclopedia.ushmm.org/content/en/article/lidice

I imagine it was very hard for my great grandparents to hear the threat of war near their homeland. After W.W.I (1916-1919) Czechoslovakia remained a stable democratic country; however, they faced heavy opposition from Germany. The Communist Party (founded in 1920) took over Czechoslovakia in 1938. My great grandmother had 3 sisters, 2 moved to America in the early 1900’s.

My great grandmother’s one sister that stayed in Czechoslovakia owned a family vineyard with her husband. When the Communist government took over, they confiscated the vineyard and forced them to have other family members move in with them in order to keep their large home.

My great grandmother returned to her homeland two times, once in the 1930’s and a second time in the 1940’s.

My grandmother visited Czechoslovakia with one of her Bohemian cousins in 1978. While there, they connected with family and visited family landmarks. I have my grandmother’s photos and journals from that trip. I would love to take a trip over there one day, maybe even follow in my grandmother’s itinerary. I wish I was in touch with our Czech relatives today.

So the next time you hear or see “Bohemian” or “Boho” describing a fashionable look; remember, for many, Bohemian means culture and family heritage.

One thought on “What does Boho (Bohemian) mean to me?”

This site uses Akismet to reduce spam. Learn how your comment data is processed. 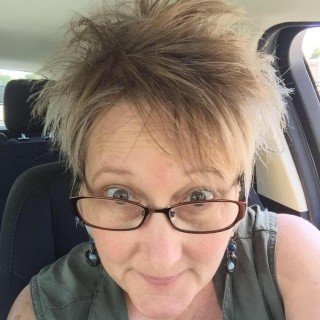 How Google uses data when you use our partners’ sites or apps.